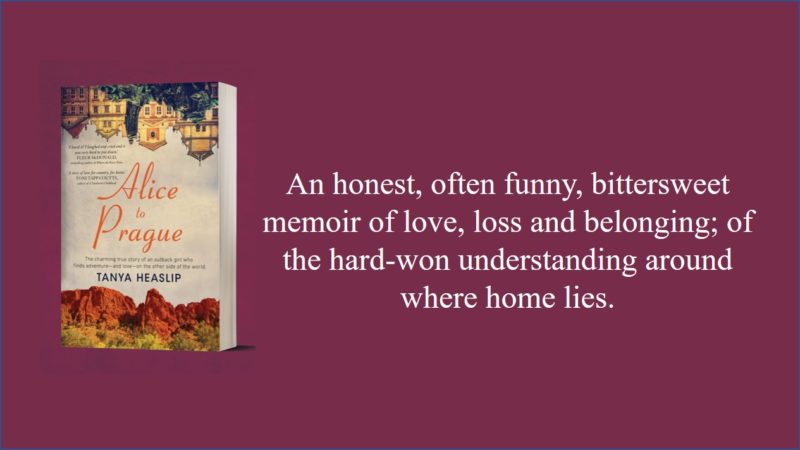 After a year of indecision and dithering, the purpose of my trip had come into focus; shiny, sharp, clear and thrilling. I might not have found what I was looking for in Western Europe, but in Eastern Europe, who knew what might happen?

In 1994, with a battered copy of Let’s Go Europe stuffed in her backpack, Tanya Heaslip left her life as a lawyer in outback Australia and travelled to the post-communist Czech Republic.
Having witnessed firsthand the fall of the Berlin Wall (and taken a piece of it back to her office in Alice Springs), she couldn’t stop dreaming about the once-hidden Eastern Europe.
So with no teaching experience whatsoever, Tanya headed off to work at a high school in a Czech town she’d never heard of where the winters plunged to sub-zero temperatures.

This land of castles, history, music and culture slowly opened up to her and, having grown up in anti-communist era Australia, Tanya was bewildered to find that the simplistic messages she’d absorbed were not necessarily true.
Tanya learned, too, of the profound suffering and oppression of Czechs at the hand of not only Hitler and Stalin, but also of the Western democracies that had betrayed Czechoslovakia. Her value system was turned on its head.

Falling in love with Prague and its people, particularly with the charismatic Karel – who took her into his home, his family and as far as he could into his heart – Tanya learnt about lives that were very different to hers.
Music in turn became the language that magically connected her to those lives.

The result is a bittersweet story of the search for identity, belonging and love, set in a time, a place and with a man that filled Tanya’s life with contradictions.