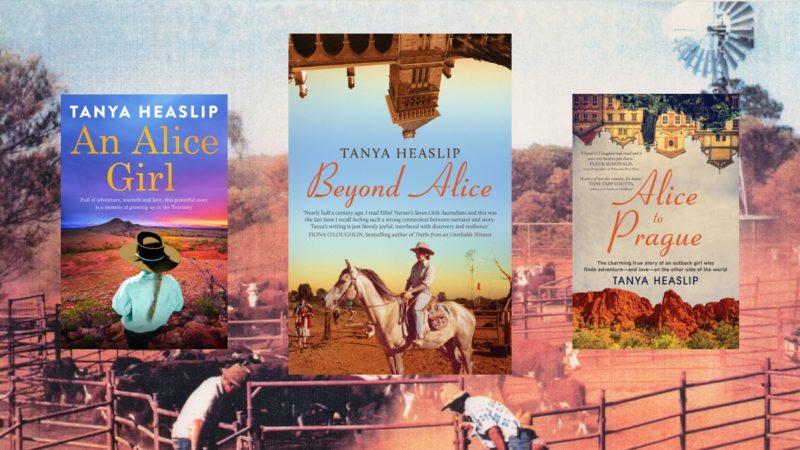 Tanya Heaslip is an Australian author based in Alice Springs, Northern Territory. She was raised on a cattle station north of Alice Springs during the 1960s and 1970s. Tanya learnt about the outside world through correspondence and School of the Air. She spent many hours dreaming of the overseas lands depicted in her childhood story books.

When she was twelve years old, she was sent sixteen hundred kilometres away from her outback home to a boarding school, a traumatic and life changing experience. From there, she became a lawyer. She never stopped dreaming, however, which led her to the Czech Republic to teach English in 1994, four years after the Berlin Wall fell.

Tanya still works in law and lives back in Alice Springs with her husband. Tanya is President of the NT Writer’s Centre. Tanya is excited to share these stories with you and looks forward to your feedback!